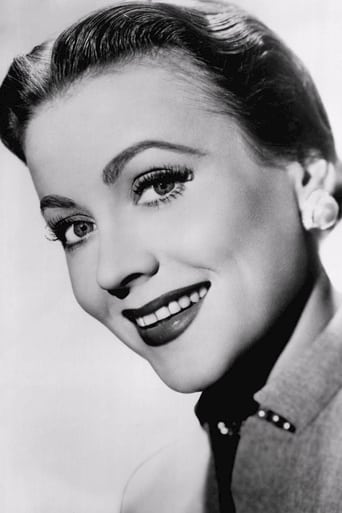 From Wikipedia, the free encyclopedia Anne Jeffreys (born on January 26, 1923) is an American actress and singer. Born Annie Carmichael in Goldsboro, North Carolina, Jeffreys entered the entertainment field at a young age; her initial training was in voice (she was an accomplished soprano), but she decided as a teenager to sign with the John Robert Powers agency as a junior model. Her plans for an operatic career were sidelined when she was cast in a staged musical review, Fun for the Money. Her appearance in that revue led to her being cast in her first movie role, in I Married an Angel (1942), starring Nelson Eddy and Jeanette MacDonald. She was under contract to both RKO and Republic Studios during the 1940s, including several appearances as Tess Trueheart in the Dick Tracy series, and the 1944 Frank Sinatra musical Step Lively. She also appeared in the horror comedy Zombies on Broadway with Wally Brown and Alan Carney in 1945. When her career faltered, she instead focused on her stage career, playing lead roles on Broadway in productions such as the 1947 opera Street Scene, the 1948 Cole Porter musical Kiss Me, Kate (having replaced Patricia Morison) and the 1952 musical Three Wishes for Jamie. With long-term husband Robert Sterling, who was first married to Ann Sothern, she appeared in the CBS sitcom Topper (1953–1955), in which she was billed in a voiceover as "the ghostess with the mostest". On December 18, 1957, Jeffreys and her husband played a couple with an unusual courtship arrangement brought about by an attack of the fever in the episode "The Julie Gage Story", broadcast in the first season of NBC's Wagon Train. After a semi-retirement in the 1960s, she appeared on television, appearing in episodes of such series as Love, American Style (with her husband), L.A. Law and Murder, She Wrote. She was nominated for a Golden Globe for her work in The Delphi Bureau (1972). From 1984 to 1985, she starred in the short-lived Aaron Spelling series Finder of Lost Loves. She also appeared in Baywatch as David Hasselhoff's mother, and also had a recurring role in the night-time soap Falcon Crest as Amanda Croft. In 1979, she guest-starred as Siress Blassie in the Battlestar Galactica episode "The Man With Nine Lives" as a love interest of Chameleon, a part played by Fred Astaire. She was the last person to dance with him onscreen. She also guess-starred as Prime Minister Dyne in the Buck Rogers in the 25th Century episode "Planet of the Amazon Women" as the leader of the titular planet. Her most recent career has been in daytime television; since 1984, she has appeared on the soap opera General Hospital (as well as its short-lived spinoff, Port Charles) as wealthy socialite Amanda Barrington. Jeffreys' star on the Hollywood Walk of Fame is at 1501 Vine Street. Description above from the Wikipedia article Anne Jeffreys, licensed under CC-BY-SA, full list of contributors on Wikipedia.