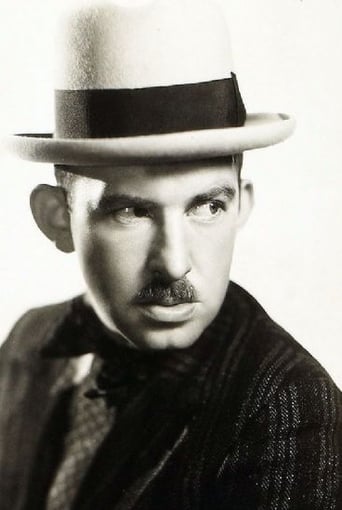 Former vaudevillian, who acquired a solid reputation as a practical joker and master of insult, second only to the great Groucho Marx. Celebrity hosts would often hire Vince to perform gags and put-on jokes at their lavish parties, where he would insult the guests and create mayhem in his wake. He often posed as heavily-accented journalists with names like 'Timothy Glutzspiegel'. Among the many victims of his pranks were such luminaries as Winston Churchill, Charles Lindbergh, Henry Ford and the Norwegian polar explorer Roald Amundsen. Clark Gable nearly punched him out during a party given by Joan Crawford. Vince greeted Greta Garbo with "Good Morning, Miss Hepburn", and, as 'sound expert' Dr. Hoffman, instructed star Richard Barthelmess to take voice lessons from Texas Guinan or quit acting. During a trip to New York, he even cornered Mae West, posing as a member of the vice squad and threatening to close down her show ('Diamond Lil') unless she cut some of her bawdy dialogue. When the star acquiesced, the phoney inspector ordered her to burn the whole play and take the next train out of town. Not even Jack L. Warner was immune, being told by 'foreign producer' Barnett to learn the basics of film-making. Roly-poly, moustachioed, bald-pated Barnett followed in the footsteps of his father Luke, who had made a name for himself for playing similar pranks on people for thirty years in his home town of Pittsburgh. After studying at the Carnegie Institute of Technology, Vince, who was an avid amateur pilot, flew mail planes for a couple of years before making his stage debut with "Earl Carroll's Vanities" in 1926. The following year, he acted on Broadway in "George White's Scandals". Movie roles soon followed. From 1930, Vince appeared, usually as comedy relief, in films and on television in a career spanning 45 years. Among his best-regarded early roles were Scarface (1932),as a dumb gangster; The Big Cage (1933), Thirty Day Princess (1934) and, in a perfectly-suited Runyonesque part, Princess O'Hara (1935). In later years, Vince often relinquished his comedy image and was seen in innumerable small roles, often as careworn little men, undertakers, janitors, bartenders and drunks in pictures ranging from films noir like The Killers (1946), to westerns such as Springfield Rifle (1952). In one of his last public appearances, Vince showcased his unique brand of humour with a monologue, delivered at Madison Square Garden in the vaudeville revue 'The Big Show of 1936'. It was to his ever-lasting regret that he never got the chance to match wits (and insults) with his illustrious Irish contemporary George Bernard Shaw.