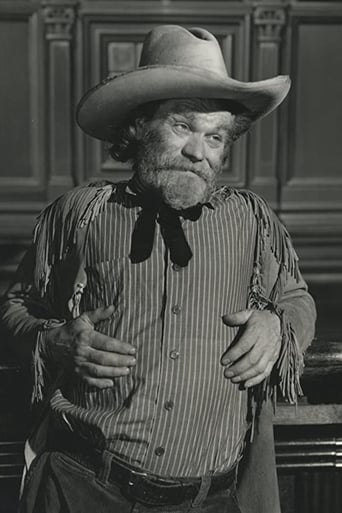 From Wikipedia, the free encyclopedia. James Barton (November 1, 1890 - February 19, 1962) was an American vaudevillian and a character actor in films and television. Born into a theatrical family in Gloucester City, New Jersey, Barton began performing in minstrel shows and burlesque houses throughout the country in 1898. His years of experience working with African American performers led to his becoming one of the first jazz dancers in America. After working with repertory companies in the South and Midwest, he made his Broadway debut in the musical revue The Passing Show of 1919 in a role originally intended for Ed Wynn. He frequently was the highlight in mediocre productions, and a critic for the Daily News noted, "Whenever the book failed him, he shuffled into one or more of his eccentric dances." Additional theatre credits include Sweet and Low, Tobacco Road, The Iceman Cometh, and Paint Your Wagon. Barton's film career began in the silent era. His screen credits include The Time of Your Life, Here Comes the Groom, and The Misfits. On television he appeared in The Ford Television Theatre, Lux Video Theatre, Studio One, The Kaiser Aluminum Hour, Playhouse 90, Kraft Television Theatre, The Rifleman, Adventures in Paradise, and Naked City. Barton died of a heart attack in Mineola, New York. Bing Crosby considered James Barton to be one his ten favorite performers of all time, alongside names such as Al Jolson, Frank Sinatra, Lena Horne, Louis Armstrong, Judy Garland and Nat King Cole. Description above from the Wikipedia article James Barton (vaudevillian), licensed under CC-BY-SA, full list of contributors on Wikipedia.