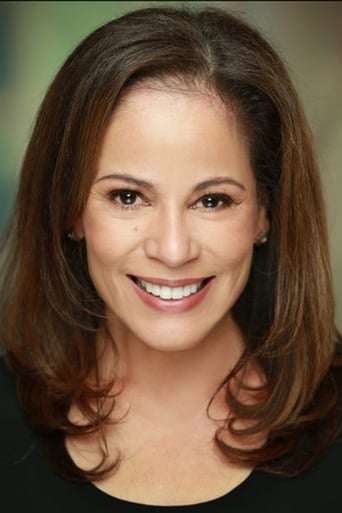 From Wikipedia, the free encyclopedia. Roxann Dawson (born September 11, 1958, height 5' 5" (1,65 m)) is an American actress, producer and director, best known as B'Elanna Torres on the television series Star Trek: Voyager. Dawson was born Los Angeles, California. She graduated in 1980 from University of California, Berkeley. Acting, directing and producing Dawson's first professional acting job was in a Broadway production of A Chorus Line. She continued a stage career through the 1980s and 1990s, while occasionally landing minor film and television roles. In 1994, Dawson began her role as the half Human/half-Klingon engineer B'Elanna Torres on Star Trek: Voyager which lasted for all seven seasons of the show. While working on Voyager, Dawson made her directorial debut on the episode "Riddles", which aired in September 1999. She later directed the second part of the two-part episode "Workforce" and directed 10 episodes of Star Trek: Enterprise. In 2002 she provided the voice of the Repair Station Computer in "Dead Stop", one of the Star Trek: Enterprise episodes she directed. Her other television credits include appearances on Nightingales, Baywatch, The Closer, Matlock, Jake and the Fatman, The Untouchables, Any Day Now, Without a Trace, The Lyon's Den, The Division, the U.S. version of Coupling and the science fiction television series Seven Days. She has directed episodes of Charmed, The O.C., Close to Home (where she directed fellow Star Trek alum Connor Trinneer), Lost, Heroes, Hawthorne, The Closer, Cold Case, Caprica (produced by Star Trek veteran Ronald D. Moore), The Mentalist and Treme. In 2010, she directed "Teacher and Pupils", a second season episode of Lie to Me and "On Tap", a second season episode of The Good Wife. In 2013, she directed "Reunions", the March 22 episode of Touch, and "Eye-Spy", the October 15 episode of Agents of S.H.I.E.L.D.. Dawson has served as a producer on Scandal, Crossing Jordan and Cold Case. Writing Dawson's first play, Desire to Fall, was produced by the Circle Repertory Company workshop in 1986.Dawson's second play, Passage Through the Heart, debuted in 1997 at the University of Minnesota Duluth.