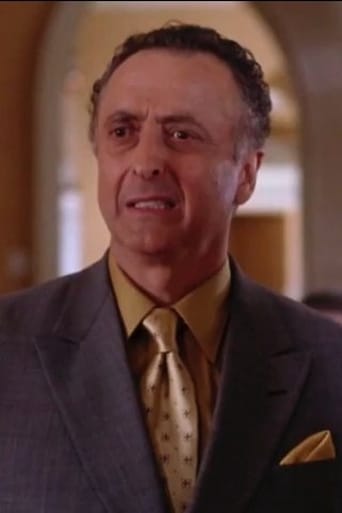 Born in Argentina, Marcelo moved with his family to Southern California at the age of 7. A devoted family man, Marcelo and his wife, Lori, have two daughters, Emily, a pro golfer, and Sarah, an aspiring Actress, Make-Up Artist, and Captain of The USA Deaf Woman’s Volleyball Team. Marcelo's passions include fly fishing and cooking, which he shares with his daughters. An incredibly versatile actor, Marcelo Tubert is known for his ability to change character and dialect, in comedy or drama, with ease. His four decade career includes work in all mediums. His extensive Voice Career finds him playing Laurent in the English version of “Toys in the Attic.” “Pinky and the Brain,” “Batman: The Animated Series,” “The Real Adventures of Johnny Quest” and “King of the Hill.” He has also contributed additional voices to, “Kung Fu Panda II” “Madagascar II” "Over The Hedge," "Shrek II," “Shark Tale,” "Apocalypto," "Passion of the Christ." He also brings to life various characters in some of the best selling video games on the market including the mega hits, “Bio Shock” and “Bio Shock II.” In Film, he can be seen in such films as “G.I. Joe: Retaliation,” “Alex Cross,” “Barry Munday,” “Tortilla Heaven,” "Miss Congeniality II: Armed and Fabulous," "Tremors II: Aftershock,” “Leprechaun 3,” “Postcards from the Edge,” and Roger Corman’s remake of “The Masque of the Red Death.”