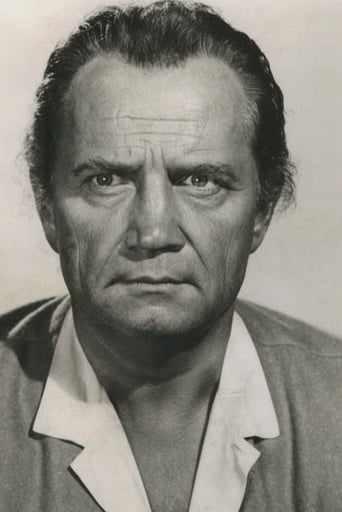 From Wikipedia, the free encyclopedia. Walter Sande (July 9, 1906 - November 22, 1971) was an American actor, notable for film roles including Paul Revere in Walt Disney's Johnny Tremain. Born in Denver, Colorado, he was one of those stern, heavyset character actors in Hollywood no person could recognize by name. He showed an early interest in music as a youth and by his college years managed to start his own band. This led to a job as musical director for 20th Century-Fox's theater chain, which, in turn, led him to acting in films beginning in 1937. Usually providing atmospheric bits with no billing, he made an initial impression in serial cliffhangers as a third-string heavy with the popular The Green Hornet Strikes Again! and Sky Raiders. His first top featured role, however, would come with The Iron Claw as Jack "Flash" Strong, a photographer who, uncharacteristically for Walter, served as a comic sidekick to our serial hero. Best of all would be his role in another serial as Red Pennington, the amusing sidekick to Don Winslow of the Navy. He repeated his role again in Don Winslow of the Coast Guard, the successful sequel. The Pennington role would spark a long and steady career in movies, usually a step or two behind Hollywood's elite, in To Have and Have Not (prominently featured as the fisherman who tries to cheat Bogie), in Along Came Jones, The Blue Dahlia, Dark City and Bad Day at Black Rock, among hundreds of others. A regular authoritative presence in these classic sci-fi films Red Planet Mars, The War of the Worlds and Invaders from Mars. He also had a recurring featured part in the 1940s Boston Blackie film series playing Detective Matthews alongside 'Chester Morris former thief-turned-crime hero. A primary support player during the 'golden age' of TV, Walter worked on nearly every popular western and crime show available throughout the 1950s and 1960s. He had a regular series role on "The Adventures of Tugboat Annie" as Captain Horatio Bullwinkle, Annie's tugboat rival, and a recurring one as Lars "Papa" Holstrum, on "The Farmer's Daughter". He died of a heart attack in 1971 at age sixty-five in Chicago, Illinois. Description above from the Wikipedia article Walter Sande, licensed under CC-BY-SA,full list of contributors on Wikipedia. ​