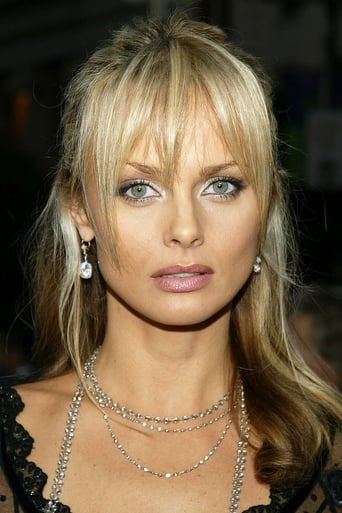 Izabella Scorupco was born to Lech and Magdalena Skorupko in Białystok, Poland, in 1970. When she was one year old, her parents separated, and she remained with her mother. In 1978, they moved to Bredäng in Stockholm, Sweden, where Scorupco learned to speak Swedish, English and French. In the late 1980s, Scorupco travelled throughout Europe working as a model, and appeared on the cover of Vogue. In 1987, she was discovered by director Staffan Hildebrand and starred in the film Ingen kan älska som vi ("Nobody can love like us"). In the early 1990s, she had a brief but successful career as a pop singer, releasing the album IZA, which was certified gold in Sweden in 1991. On December 25, 1996, Scorupco married Polish ice hockey player Mariusz Czerkawski, then with the Edmonton Oilers. They had one daughter together, Julia (born September 15, 1997). They separated in 1998. On January 30, 2003, Scorupco married an American, Jeffrey Raymond; they have a son, Jakob (born July 24, 2003), and now live in Los Angeles and New York City. In 2011, Scorupco reprised her singing career, duetting with Swedish musician Peter Jöback in his single Jag Har Dig Nu and featuring in the song's music video. She also starred in Jöback's short extension film La vie, L'amour, Le mort. Scorupco went on to host the spring 2012 series of Sweden's Next Top Model but did not continue it for a second series. Scorupco moved into the comedy world in July 2013 when she was named to a lead role in a new Swedish romantic comedy, Micke & Veronica, alongside David Hellenius. It premiered on December 25, 2014.