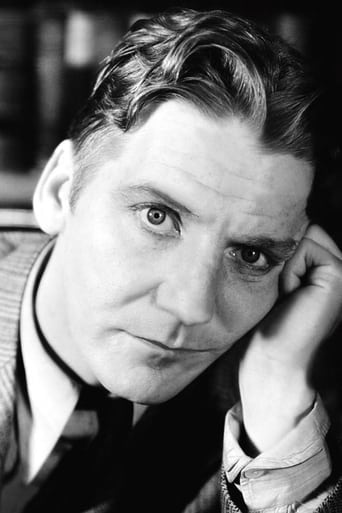 ​From Wikipedia, the free encyclopedia.   Frank Fay (November 17, 1891 – September 25, 1961) was an American film and stage actor, emcee, comedian, best-known as an actor for having played "Elwood P. Dowd" in the play Harvey by the American playwright Mary Coyle Chase on Broadway. James Stewart played the role in the film version. Born as Francis Anthony Donner in San Francisco, California to Irish Catholic parents. He took the professional name of Frank Fay after concluding that his birth name was not suitable for the stage. He enjoyed considerable success as a variety artist starting around 1918, telling jokes and stories in a carefully planned "off the cuff" manner that was very original for the time. Jack Benny stated that he modeled his early stage character on Fay. During the 1920s Fay was vaudeville's highest-paid headliner, earning $17,500 a week. When talkies arrived, the Warner Bros. were eager to put him under contract along with a host of other famous stage personalities. Frank Fay was cast as master of ceremonies in Warner's Brothers most expensive production of 1929, the all-star color all-talking revue The Show of Shows (1929). Based on the success of that film, Fay was quickly signed up for an all-Technicolor musical comedy entitled Under A Texas Moon (1930) in which he also displayed his singing abilities. The movie was a box office success and produced a song hit of the theme song which was also titled "Under A Texas Moon". Fay sang the theme song several times throughout the picture. Another expensive picture, Bright Lights (1930), an extravagant all-Technicolor musical, quickly followed. Frank Fay also starred in The Matrimonial Bed (1930), a Pre-Code comedy in which he sang the theme song twice. Frank Fay quickly found himself associated with musical films and this led to a decline in his popularity when the public became sick of musicals late in 1930. In his next film, God's Gift to Women (1931), which was originally planned as a musical, was cut partially before release in order to remove the musical sequences. In this film, Frank Fay failed to get the rave reviews he had previously enjoyed. He attempted to produced his own picture in 1932 and struck a deal with Warner Bros. to have them release his film. This film was titled A Fool's Advice (1932) and proved to be only moderately successful. Frank Fay married Barbara Stanwyck when she was relatively unknown. Fay helped Stanwyck jump-start her career in films and she was given a contract by Warner Brothers late in 1930. They married in 1928 (1928–1935) and adopted a son, Dion, on December 5, 1932. The marriage reportedly soured when Fay's career was eclipsed by Stanwyck's success. Some film historians have claimed that the Fay-Stanwyck marriage was the basis for A Star is Born, but this has not been confirmed. Their only film appearance together was a brief skit in the short film The Stolen Jools (1931). Fay's Broadway talent and early success in talkies with his Pre-Code humor did not bode well with the rising conservative movement ushered by the Great Depression. Fay played in a series of films casting him as a debonair lover, irresistible to women, that frequently threw in suggestive Pre-Code jokes (e.g. homosexuality, sex). He was successful as a revue and night club comedian and Master of Ceremonies and appeared frequently on radio shows. (He was cast in a bit part as master of ceremonies in the night club sequence of Nothing Sacred.) As late as the 1950s one of his most enduring routines was taking a popular song and analysing the "senseless" lyrics, for example "Tea for Two":— ""Picture you, upon my knee." (This guy just owns one chair?) "Just tea for two and two for tea, me for you, and you for me, alone" So, here's the situation: the guy just has one chair, but enough tea for two, so he has two for tea. If anyone else shows up, he shoots 'em! "Nobody near us, to see us or hear us." Who'd want to listen to a couple of people drinking tea? "We won't have it known dear that we own a telephone." So, this guy's too cheap to get another chair, he has a telephone, but won't tell anyone about it! "Dawn will break, and you'll awake, and start to bake a sugar cake." Oh, this poor woman's life, I can see it now. Dawn breaks, and she's got to start baking, can't even run a brush through her hair, down in the dark, feeling around for the flour... "For me to take for all the guys to see." I can see that! "Hey, guys, I've got something the wife gave me!" Is it a new tie? Is it a set of tires? Nahhh- it's a sugar cake! Three layers, with a coconut cream filling! "Oh, that's just ducky!," they all say, and they crown him with it. Description above from the Wikipedia article Frank Fay (American actor), licensed under CC-BY-SA, full list of contributors on Wikipedia.