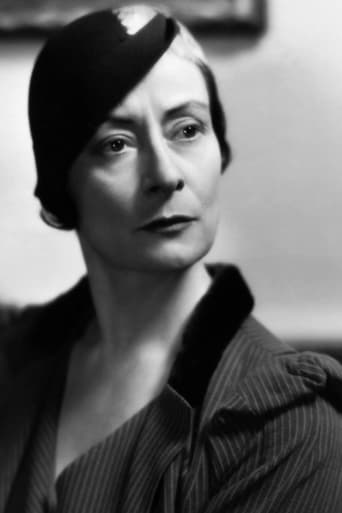 From Wikipedia, the free encyclopedia. Rafaela Ottiano (4 March 1888 – 18 August 1942)  was an Italian-born American stage and film actress. Born in Venice, Italy, she emigrated with her parents to the United States, and was processed at Ellis Island in 1910. Ottiano established herself as a stage actress in Europe before arriving in Hollywood in 1924 and appearing in American motion pictures. Ottiano's first film was in the John L. McCutcheon-directed drama The Law and the Lady (1924) opposite actors Len Leo, Alice Lake, and Tyrone Power, Sr. Ottiano was part of the original 1928 Broadway cast of the Mae West hit play Diamond Lil and reprised her role as Rita when the play was made into a film as She Done Him Wrong (1933), directed by Lowell Sherman. Throughout the 1930s, Rafaela Ottiano would often specialize in roles as sinister, maleveolent, or spiteful women, such as her role in the Tod Browning-directed horror film The Devil-Doll (1936), opposite Lionel Barrymore and Maureen O'Sullivan. Other notable film roles for Ottiano include Lena in As You Desire Me (1932) with Greta Garbo, Melvyn Douglas, Erich von Stroheim, Owen Moore, and Hedda Hopper, "Mrs. Higgins" in the Shirley Temple musical-comedy Curly Top (1935), as a matron in the crime-drama Riffraff (1936), starring Jean Harlow and Spencer Tracy, and as "Suzette", Greta Garbo's devoted maid in the Edmund Goulding-directed drama Grand Hotel (1932). When Grand Hotel was turned into a Broadway Musical in 1989, her character was renamed Rafaela Ottiano in honor of the actress. Ottiano's last film was the musical comedy I Married an Angel (1942), starring Nelson Eddy and Jeanette MacDonald. During her career in film, she appeared in approximately 45 motion pictures, opposite such actors as Barbara Stanwyck, Conrad Nagel, Peter Lorre, Zasu Pitts, and Katharine Hepburn. Ottiano lived in the Times Square area during the Prohibition Era and never married. She died in 1942 in East Boston, Massachusetts of intestinal cancer at the age of 54. Description above from the Wikipedia article Rafaela Ottiano, licensed under CC-BY-SA,full list of contributors on Wikipedia.