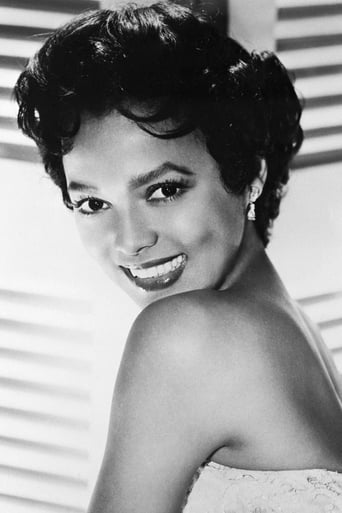 Dorothy Jean Dandridge was born on November 9, 1922 in ClevelandOhio. She was an actress and popular singer who was the first African American to be nominated for an Academy Award for Best Actress. Dorothy Dandridge’s life has been described as tragic; full of career highs and lows, and fraught with personal and financial problems. Her first screen appearance was a bit part in 1935’s Teacher's Beau. In 1937, she appeared as one of the many singers in the Marx Brothers feature film, A Day at the Races. The following year Dorothy, her sister Vivian, and Etta Jones would make a brief appearance in Going Places. In 1940, Dandridge played a murderer in the race film, Four Shall Die. The following year Dorothy was cast opposite John Wayne in Lady From Louisiana, playing the small, but somewhat fair part of Felice. That same year she teamed with her future husband Harold Nicholas to film a brief role in Sun Valley Serenade. In 1942, Dorothy won another supporting role as Princess Malimi in Drums of the Congo. In her next few films Dorothy would play mainly in bit parts, but she managed to get a small role in Hit Parade of 1943. In the following year of 1945 she would play again a small role in the musical Pillow to Post. By 1946 Dorothy's luck for winning small roles in films had disappeared. She would only rarely appear in nightclubs and wouldn't make any films. Fortunately, in 1954, Dandridge starred with Harry Belafonte, Pearl Bailey, Brock Peters, Diahann Carroll in the all-black production of Carmen Jones. The Film received favorable reviews and Dandridge was nominated for an Academy Award for Best Actress. Although she was offered a supporting role as a slave in The King and I in 1955, she turned down the part and her career began to decline. It wasn’t until 1957 that Dandridge would appear on screen in the film Island in the Sun. Although the film was a success, she did not appear in a major film until 1959. Dandridge got the lead role as Bess in Porgy and Bess receiving a Golden Globe nomination for Best Actress. In 1960 Dandridge managed to get the lead role as a European girl with an Italian name (Gianna) in Malaga, an unsuccessful, low-budget film that proved to be Dandridge's last completed work. She made a film appearance the next year in The Murder Men. Dandridge played the lead as Norma Sherman, though most of her footage was archival. By the end of 1961 Dandridge had began performing frequently in nightclubs to pay off debt and household bills. Dandridge was married to dancer and entertainer Harold Nicholas on September 6, 1942, and gave birth to her only child, Harolyn Suzanne Nicholas, on September 2, 1943. Harolyn was born brain-damaged, and the couple divorced in October 1951. Dandridge later married Jack Denison on June 22, 1959, although the pair divorced amid allegations of domestic violence and financial setbacks. At this time, Dandridge discovered that the people who were handling her finances had swindled her out of $150,000, and that she was $139,000 in debt for back taxes. Forced to sell her Hollywood home and to place her daughter in a state mental institution in Camarillo, California, Dandridge moved into a small apartment at 8495 Fountain Avenue in West Hollywood, California. Alone and without any acting roles or singing engagements on the horizon, Dandridge suffered a nervous breakdown. Shortly thereafter, Earl Mills started arranging her comeback. The comeback never came to fruition because she died in the early planning stages. Dandridge was found dead by her manager, Earl Mills. Two months later, a Los Angeles pathology institute determined the cause to be an accidental overdose of Imipramine, a tricyclic antidepressant. An alternative source reported, however, that the Los Angeles County Coroner's Office came to a different conclusion, that: “Miss Dandridge died of a rare embolism—blockage of the blood passages at the lungs and brain by tiny pieces of fat flaking off from bone marrow in a fractured right foot she sustained in a Hollywood film five days before she died.” She was only 42 years old. On September 12, 1965, a private funeral service was held for Dandridge at the Little Chapel of the Flowers; she was then cremated and her ashes interred in the Freedom Mausoleum at ForestLawnCemetery in Glendale, California. In 1999, she was the subject of the HBO biopic Introducing Dorothy Dandridge in which HalleBerry portrayed Dandridge.