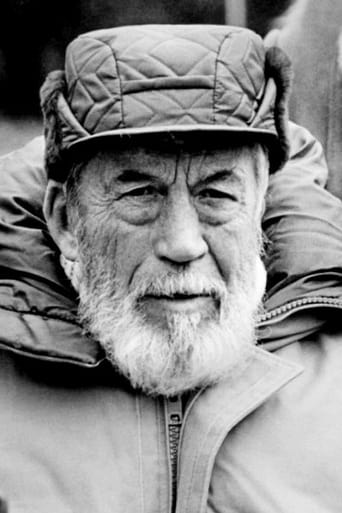 From Wikipedia, the free encyclopedia. John Marcellus Huston (August 5, 1906 – August 28, 1987) was an American film director, screenwriter and actor. He wrote most of the 37 feature films he directed, many of which are today considered classics: The Maltese Falcon (1941), The Treasure of the Sierra Madre (1948), Key Largo (1948), The Asphalt Jungle (1950), The African Queen (1951), Moulin Rouge (1952), The Misfits (1961), and The Man Who Would Be King (1975). During his 46-year career, Huston received 15 Oscar nominations, winning twice, and directed both his father, Walter Huston, and daughter, Anjelica Huston to Oscar wins in different films. Huston was known to direct with the vision of an artist, having studied and worked as a fine art painter in Paris in his early years. He continued to explore the visual aspects of his films throughout his career: sketching each scene on paper beforehand, then carefully framing his characters during the shooting. In addition, while most directors rely on post-production editing to shape their final work, Huston instead created his films while they were being shot, making his films both more economical and more cerebral, with little editing needed. Most of Huston's films were adaptations of important novels, often depicting a “heroic quest," as in Moby Dick, or The Red Badge of Courage. In many films, different groups of people, while struggling toward a common goal, would become doomed or "destructive alliances,” giving the films a dramatic and visual tension. Many of his themes also involved some of the "grand narratives" of the twentieth century, such as religion, meaning, truth, freedom, psychology, colonialism and war. Before becoming a Hollywood filmmaker, he had been an amateur boxer, reporter, short-story writer, portrait artist in Paris, a cavalry rider in Mexico, and a documentary filmmaker during World War II. Huston has been referred to as "a titan," "a rebel" and a "renaissance man," in the Hollywood film industry. Author Ian Freer describes him as "cinema's Ernest Hemingway," — a filmmaker who was "never afraid to tackle tough issues head on." A statue of Huston, sitting in his directorial chair (pictured below), stands in Plaza John Huston Puerto Vallarta in Mexico. Description above from the Wikipedia article John Huston, licensed under CC-BY-SA, full list of contributors on Wikipedia.