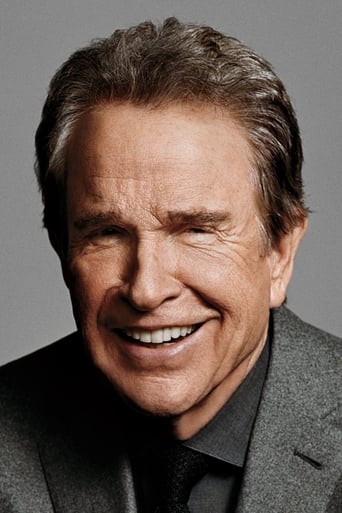 It might have been easy to write off American actor Warren Beatty as merely the younger brother of film star Shirley MacLaine, were it not for the fact that Beatty was a profoundly gifted performer whose creative range extended beyond mere acting. After studying at Northwestern University and with acting coach Stella_Adler, Beatty was being groomed for stardom almost before he was of voting age, cast in prominent supporting roles in TV dramas and attaining the recurring part of the insufferable Milton Armitage on the TV sitcom Dobie Gillis. Beatty left Dobie after a handful of episodes, writing off his part as "ridiculous," and headed for the stage, where he appeared in a stock production of +Compulsion and in William Inge's Broadway play +A Loss of Roses. The actor's auspicious film debut occurred in Splendor in the Grass (1961), after which he spent a number of years being written off by the more narrow-minded movie critics as a would-be Brando. Both Beatty and his fans knew that there was more to his skill than that, and in 1965 Beatty sank a lot of his energy and money into a quirky, impressionistic crime drama, Mickey_One (1965). The film was a critical success but failed to secure top bookings, though its teaming of Beatty with director Arthur_Penn proved crucial to the shape of movie-making in the 1960s. With Penn again in the director's chair, Beatty took on his first film as producer/star, Bonnie and Clyde (1967). Once more, critics were hostile -- at first. A liberal amount of praise from fellow filmmakers and the word-of-mouth buzz from film fans turned Bonnie and Clyde into the most significant film of 1967 -- and compelled many critics to reverse their initial opinions and issue apologies. This isn't the place to analyze the value and influence Bonnie and Clyde had; suffice it to say that this one film propelled Warren Beatty from a handsome, talented film star into a powerful filmmaker. Picking and choosing his next projects very carefully, Beatty was offscreen as much as on from 1970 through 1975, though several of his projects -- most prominently McCabe and Mrs. Miller (1971) and The_Parallax_View (1974) -- would be greeted with effusive praise by film critics and historians. In 1975, Beatty wrote his first screenplay, and the result was Shampoo (1975), a trenchant satire on the misguided mores of the late '60s. Beatty turned director for 1978's Heaven_Can_Wait, a delightful remake of Here_Comes_Mr._Jordan that was successful enough to encourage future Hollywood bankrolling of Beatty's directorial efforts. In 1981, Beatty produced, directed, co-scripted and acted in Reds, a spectacular recounting of the Russian Revolution as seen through the eyes of American Communist John Reed. It was a pet project of Beatty's, one he'd been trying to finance since the 1970s (at that time, he'd intended to have Sergei_Bondarchuk of War and Peace fame as director). Reds failed to win a Best Picture Academy Award, though Beatty did pick up an Oscar as Best Director. Nothing Beatty has done since Reds has been without interest; refusing to turn out mere vehicles, he has taken on a benighted attempt to re-spark the spirit of the old Hope-Crosby road movies (Ishtar [1984]); brought a popular comic strip to the screen, complete with primary colors and artistic hyperbole (Dick_Tracy [1991]); and managed to make the ruthless gangster Bugsy Siegel a sympathetic visionary (Bugsy [1992]). In 1998 he was able to breath new life into political satire with Bulworth, his much acclaimed film in which he plays a disillusioned politician who turns to rap to express himself. In 2001, Beatty rekindled memories of Ishtar as he starred in another phenomenal bust, Town & Country. Budgeted at an astronomical 90 million dollars and earning a miserable 6.7 million dollars during it's brief theatrical run, Town & Country was released three years after completion and pulled from theaters after a mere four weeks, moving critics to rank it among the biggest flops in movie history. Fiercely protective of his private life, and so much an advocate of total control that he will dictate the type of film stock and lighting to be used when being interviewed for television, Beatty has nonetheless had no luck at all in keeping his many amours out of the tabloids. However, Beatty's long and well-documented history of high-profile romances with such actresses as Leslie_Caron, Julie_Christie, Diane_Keaton, and Madonna came to an abrupt end upon his 1992 marriage to Bugsy co-star Annette_Bening, with whom he later starred in 1994's Love_Affair, his blighted remake of the 1957 An Affair to Remember.